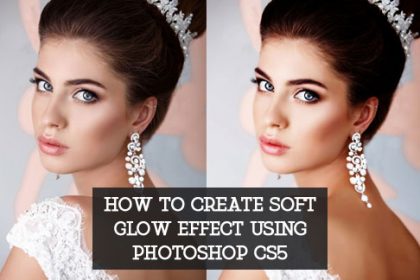 Photoshop has been quite an essential tool for many photographers and photo editing companies. People are nowadays getting more engaged on sharing edited pictures with various effects like soft glow effect rather than the actual raw ones. It is quite an obvious choice for them most likely because edited photos look better.

There are many tutorials based on such awesome things that can be done using Photoshop. For example you can remove background from an image using Photoshop or you can also change the color of anything using it.

Photoshop has various uses that are uncountable. In this article I’ll show you that how you can create a soft glow effect on wedding photographs or any other using Photoshop cs5. Hope you’ll learn something new today.

Open the image in Photoshop 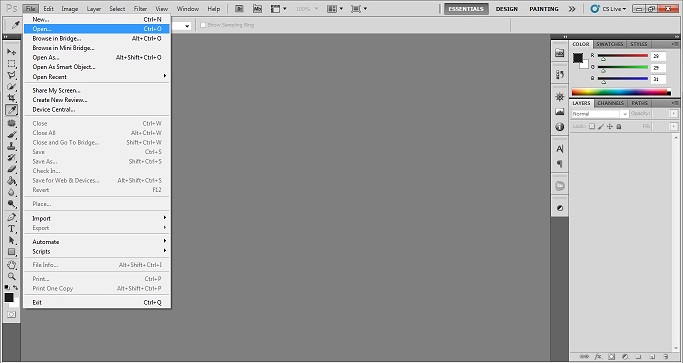 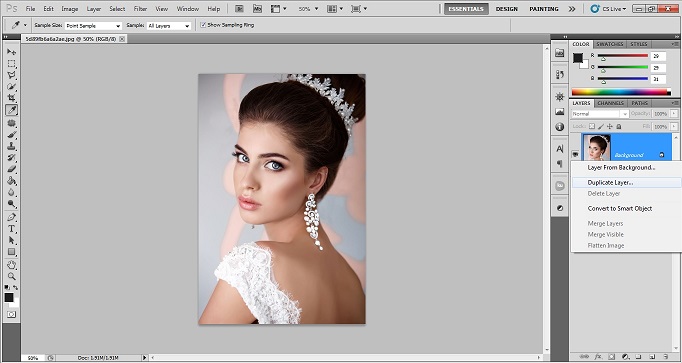 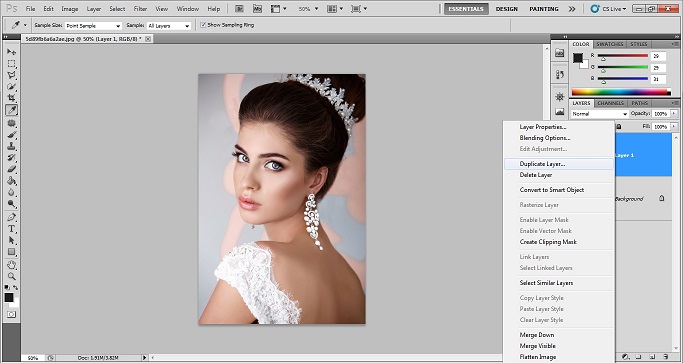 Now simply rename the layers before moving forward. This will help you work easily without getting confused about what layer you’re using for what. Name the first layer texture and the other one blur. Keep the blur layer below the texture layer. 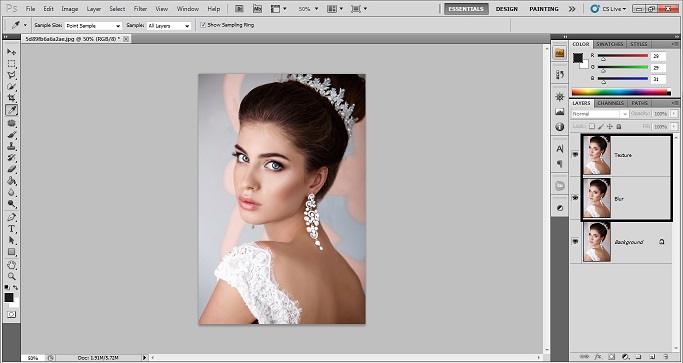 Choose Gaussian blur and apply it

Now we’ll start frequency separation technique. The first thing for this technique is to apply Gaussian blur on the blur layer. To apply blur first go to the filter menu on the top bar then go to Blur>Gaussian blur. 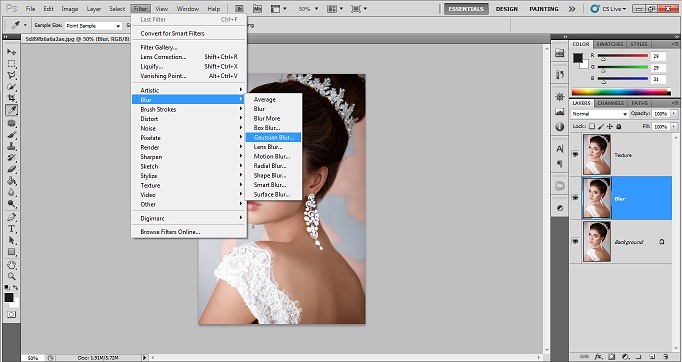 When you choose the Gaussian blur a pop up tab will open with the amount of blur you want on the layer. Keep the blur level to 2. This will be enough for the soft glow effect. 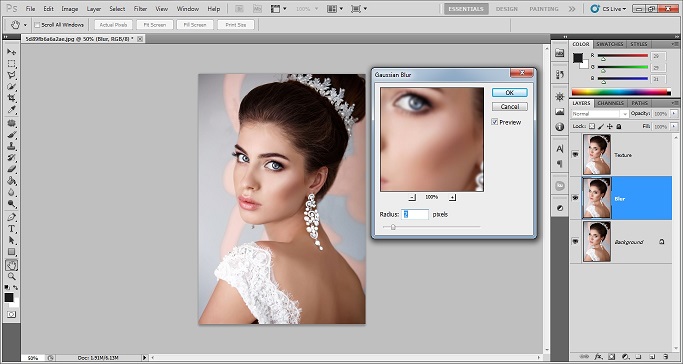 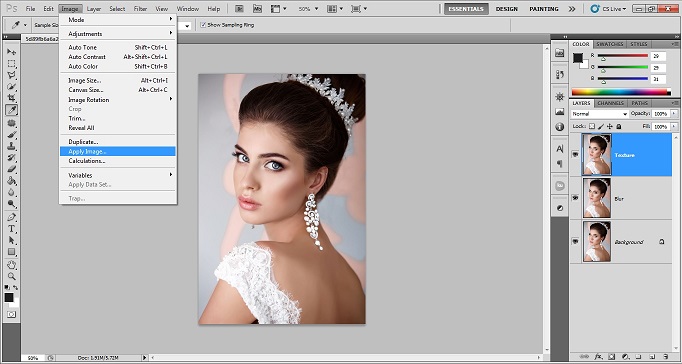 After choosing apply image a dialog box will open for the setting of the apply image. Change the RGB layer to blur layer and choose subtract on the blending option. 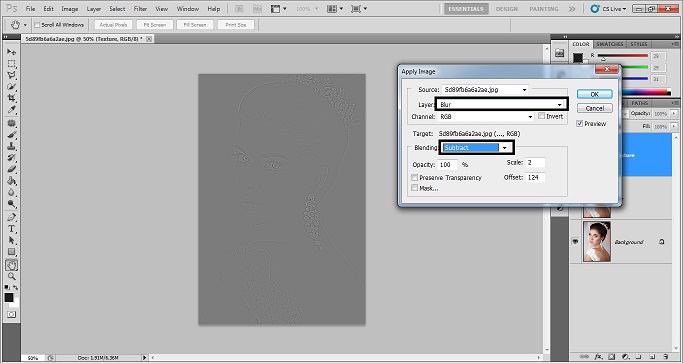 Now after you setup the texture layer properly you’ll see the layer has grey color. It is showing the sharpness over the blur of the actual image. Now to put the glow effect simply change the blending mode of the texture layer to vivid light. This will add the soft glow effect on the subjects face on the image. 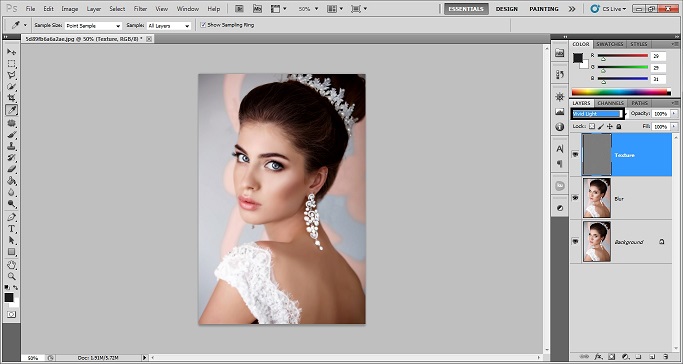 Sometimes after using this technique you’ll see that the eyes of the subject have become blurring too. To reduce or remove this blur from the eye choose the blur layer and create a layer mask on it. You can find layer mask option at the bottom of the layer tab. It is like a screen with a hole in the center. Use a paint brush of black color paint on the area of the eyes. Make sure the paint brush has a flow and opacity of 60%. 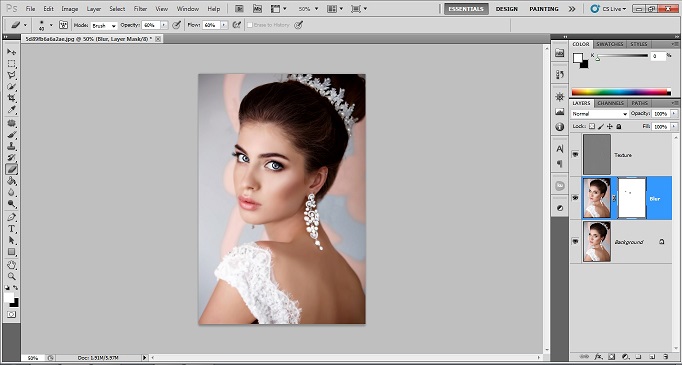 Choose and set the brightness and contrast layer 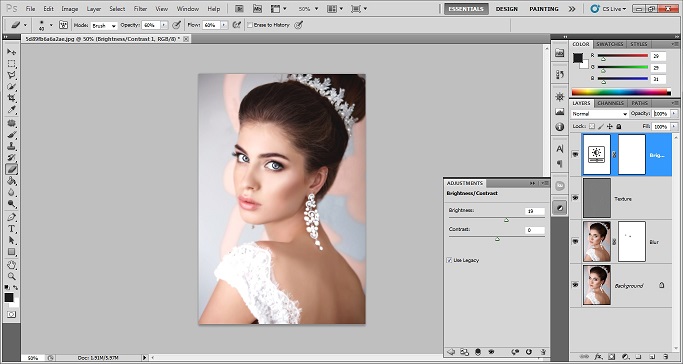 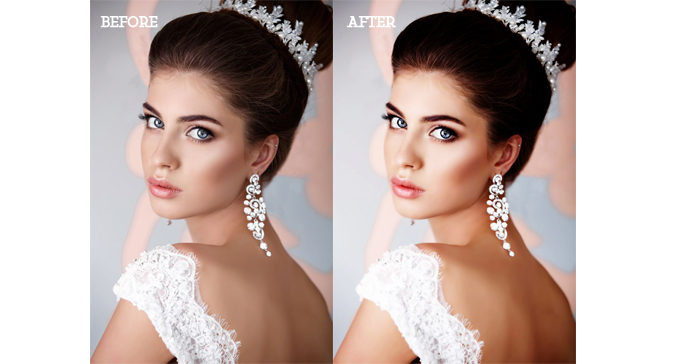 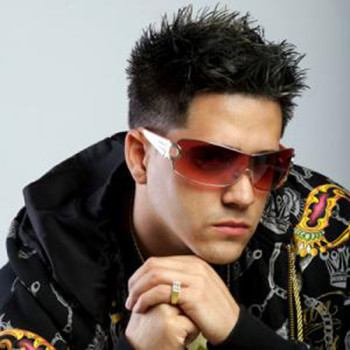 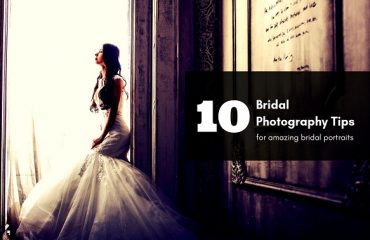 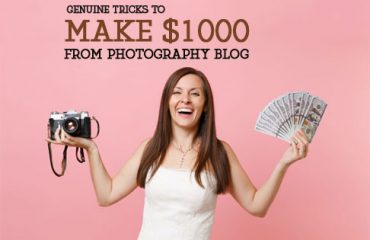